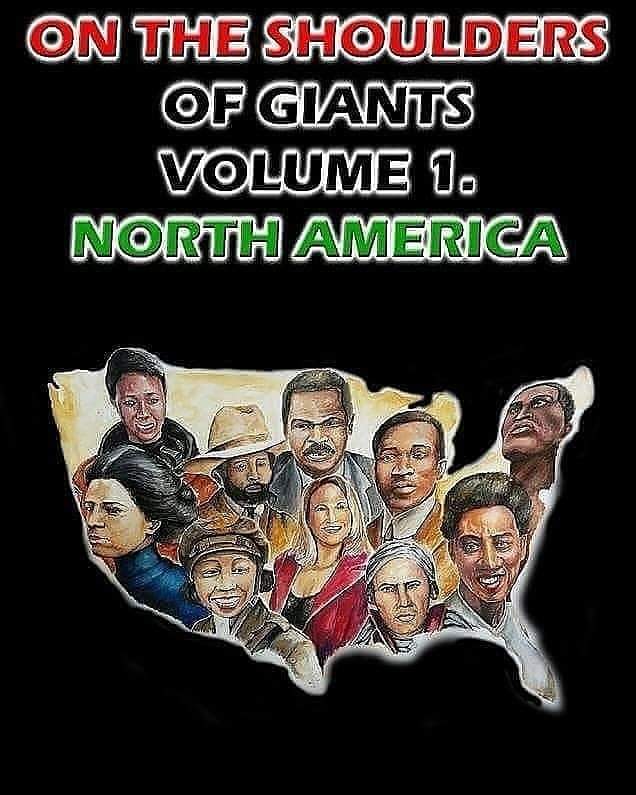 On the Shoulders of Giants Volume 1. North America (PDF)

PDF of the first book in the On the Shoulders of Giants Series. On the Shoulders of Giants is a mini eBook highlighting heroes of African American, African and Indigenous American descent. This eBook is an extension of my blog page On the Shoulders of Giants. This book and the blog page were designed to create awareness about heroes of the past and present who gave the world hope and freedom. It is important to recognize and understand the contributions of those before you, particularly those of African or Indigenous descent. Our past is significant because of the plight we had to overcome and in some aspects are still overcoming, to be considered human beings. This book is intended to bring awareness and give an alternative perspective of the history of Africans, African-Americans, and Indigenous Americas in North America. I believe the media gives negative perspectives of the history of nonwhite persons in North America. This book and the volumes to follow will bring light to the major accomplishments of non-whites before, during and after slavery. I feel it is important for the nonwhite youth of the world to understand the significant impact people of their culture and other cultures have made.