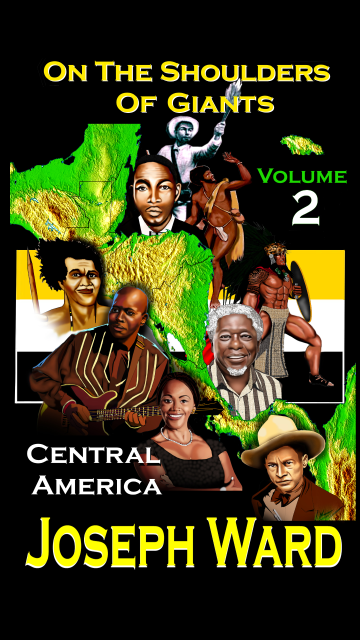 On the Shoulders of Giants Vol: 2 Central America (Paper Back)

My goal with this volume is to inform, and help spark an interest in researching the history of the African and indigenous presence of Central America. The Countries of Guatemala, Honduras, Nicaragua, Belize, Costa Rica and Panama make up Central America. The nine individuals profiled in “On the Shoulders of Giants Vol: 2 Central America” have contributed to their perspective countries through revolution, music, literature, politics, art and more. The story of the Garifuna is a fascinating story that displays the ability of African people to survive hardship and create a culture that would influence the world. This volume also delves into Central America’s forgoing history and past uncovers stories of hidden figures who have literally changed the course of history.